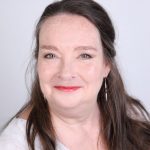 Jennie began her career as a stage manager; working in theatre, opera & ballet before moving into arts administration to become more instrumental in the overall planning and delivery of live performance. She then moved sideways to produce corporate conferences and events.

Experience in both the performing arts and corporate worlds meant she was dealing, every day, with a variety of sometimes challenging personalities – which started her on her journey toward the world of therapy.

In the 1980s many friends and colleagues struggled with HIV and AIDS. She became a carer for one of her closest friends who was critically ill and discovered through that experience she had the ability to help people help themselves. This opened a new chapter in her life and she joined The Terrence Higgins Trust as a volunteer – effectively finding a balance from the then extravagance of the corporate industry. Jennie worked in several capacities at THT over a 6 year period, including co-managing the North London Buddy group – and devising & running a series of educational workshops for secondary school pupils.

The final part of her therapeutic journey came several years later. Having met a psychologist who was also a Healer, Jennie received Healing for the first time – and the experience really connected with her. Looking further into energy work and its associated therapies, she decided to enrol with a diverse and stimulating training organisation – and two years later was accredited as a Healer herself. 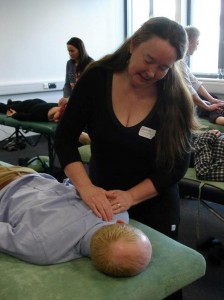 To augment her “hands free” energy work she studied Chakra Psychology; on advice from a reputed crystal therapist self taught herself Crystal Therapy – the two are deeply intertwined – and explored Feng Shui, Dowsing and Earth Healing.

To expand and build her therapeutic “tool box” Jennie added “touch” therapies – aware of a need for greater physical contact for many of her clients, in addition to her energy healing work. She trained and qualified in Deep Tissue Massage, then gradually added Hot Stone Massage, Pregnancy Massage and Indian Head Massage to her repertoire.

Jennie established White Wave – Jennie means white wave, white spirit – in 2008 and has been practising as a healer/holistic massage therapist/tutor ever since.

Jennie is a qualified Massage in Schools Instructor (running peer massage workshops in Primary Schools) and worked for 15 months in the complementary health department at the Royal Free Hospital in Hampstead, North London – giving massage on the wards one day a week. She currently provides one-on-one or small group training on how to give gentle massage and understanding medical protocols, specifically for those either in hospital or in a hospice – and is teaching hand and arm massage to hospital volunteers for the NW Anglia NHS Trust. She gives workshops regularly for Kith & Kids, the charity supporting young people living with autism – working with clients, carers and volunteers

Jennie is a member of the CNHC (Complementary and Natural Healthcare Council) and the MTI (Massage Training Institute), was accredited as an MTI Tutor in 2015 and joined the Practitioner Register of BAPAM – The British Association of Performing Arts Medicine – in 2017. She was recently appointed to the Massage Specific Board of the CNHC.

Jennie, in collaboration with Earle Abrahamson, founded Hands-On Training in 2012 – initially to present a series of professional post-graduate development workshops, designed to support therapists once training and qualification has been completed.

Jennie runs the Introduction to Massage one day courses, and the 2 day Hot Stone Massage course.

Connect with Jennie on:-

Membership of Boards and other Associated Organisations

To view our set of 12 practical massage videos, please go to: Hands-On@YouTube or Hands-On@Vimeo

To find out more about the 2020 Diploma Course in Holistic Deep Tissue Massage, go to Diploma Course. The course commences on 18th April.

Our next Introduction to Massage & Taster Days…

For anyone wishing to learn for Home Use or as an Introduction & Taster Day for the 2020 Diploma Course.

Our next Hospitals & Hospices workshop…

… is on Saturday 7th March

Have you qualified but not yet got your business up & running?

For advice, support and a good explorative chat, click HERE for more info…

To find out more about the 2020 Sports & Performance Diploma Course, go to Sports Course.

Are you interested in being a Guest Client for our Diploma students? If so, please email: info@hands-on-training.co.uk